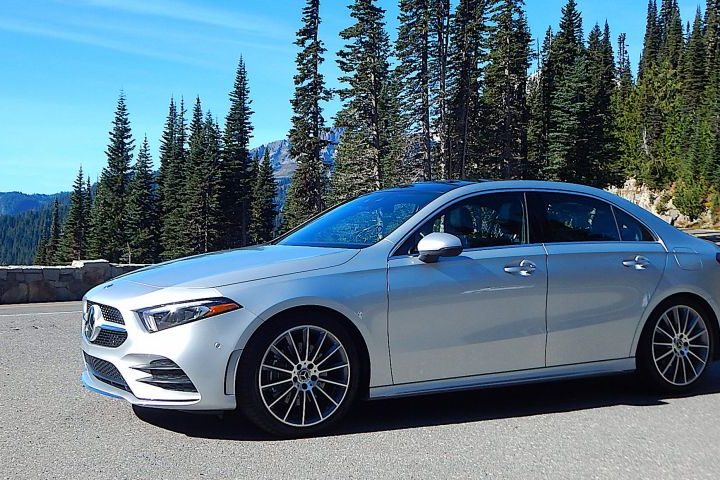 We already knew that the Mercedes-Benz family would expand soon, thanks to the addition of the A-Class hatchback, but now a class-A sedan is also added to the sub-compact range of the manufacturer to the silver star.

This sedan will be assembled in the Mexican factory of Aguascalientes is a formality given the appetite of our American neighbors who still prefer the sedan in the format “hatchback”. Mercedes-Benz had already unveiled an AL class earlier this year at the Beijing Motor Show, but this variant will not make the trip to North America.

The dimensions of the new Class A are similar to the current CLA, with a slight advantage at the headroom of the occupants for the newcomer. The design of the model is of course the same as that presented on the Class A five-door.

Contrary to the nomenclature strategy used in recent years in Canada, the Class A sedan will not carry the number 250 on the trunk. The sedan will rather be available in A 220 and A220 4MATIC version, the latter being equipped with the integral wheel of the manufacturer. Both variants will be equipped with the 7-speed dual-clutch gearbox, while the power of the 4-cylinder turbo engine will be 188 horsepower. Note that the Class A hatchback will benefit from a more powerful mill at 221 horses.

Inside, the atmosphere is the same as in the other Class A, this large touchscreen that crosses a large part of the dashboard is already widespread through the recent vehicles of the brand. The sedan will offer two sizes of screens, 7 inches or 10.25 inches, at the consumer’s choice.

Class A is, like the hatchback version, the first car to be distributed in Canada with the Mercedes-Benz User Experience (MBUX) system, this device being delivered automatically on all versions of the model. The MBUX system has the distinction of learning over time thanks to integrated artificial intelligence. The manufacturer wants to create a feeling of belonging between the car and the user. It is thanks to voice recognition that the driver can be understood by the system. Commercialization of the 2019 A-Class sedan will begin shortly before the end of the year.

Mercedes-Benz Class A: the most aerodynamic

To save at the pump these days, a car must have many assets. One of them is undeniably aerodynamics. And unlike Mercedes-Benz’s latest “Geländewagen” (rated at 0.54), the next class A sedan excels at this level. At least that’s what its manufacturer has just unveiled the aerodynamic coefficient of its long-awaited entry-level sedan. At 0.22 coefficient and frontal area of ​​2.19 m 2 , the A-class is the production car covers with the smallest aerodynamic drag of the globe, a mark that already held the current CLA with a coefficient of aerodynamics of 0.22 also.

Mercedes-Benz also claims that the hatchback version of the A-Class, a model that will soon make its debut on Canadian soil, also has a good aerodynamic coefficient of 0.25, an improvement over the previous model which was at 0 26. The designers of the compact sedan have of course worked to reduce this aspect in the wind tunnel, making sure to properly seal the front bumper of the car, such as the outline of the headlights or even the recovery of almost all the underside of the car for example. The fins in front of the arches of wheels, meanwhile, have the function of directing the air around them, while the rims and tires have also benefited from work at this level.

Even though the 0.22 mark achieved by the A-Class is excellent, it should not be forgotten that other production vehicles have already managed to lower this mark. The Volkswagen XL1 for example pushed this result to 0.19. Let’s also mention the legendary GM EV-1 of the 90s, which recorded the same aerodynamic coefficient. Both models were more niche vehicles for green driving enthusiasts, but still Class A does not hold the all-time record. However, for a relatively affordable compact sedan, the small Mercedes-Benz deserves a star for its aerodynamic shape as possible. Will the next CLA be more aerodynamic? The question needs to be asked.

Sprinter F-CELL concept: a clean VR on the horizon

This is the holiday season, which means that recreational vehicles are a little more present on our roads than usual. And the RV industry continues to grow in sales as there is more and more followers in this business. But, for now, these big road giants – they are not all huge – do not offer many alternatives to those who want to escape outside the big centers, whether for a weekend or a year. In other words, a good budget must be provided to water these commercial vehicles transformed into temporary housing.

The Sprinter F-CELL concept may be part of the solution to the sometimes energy-consuming aspect of RV. As its name suggests, the Sprinter F-CELL abandons its turbo-diesel engine in favor of an electric motor that fuel fuel cells (fuel cell in the language of Shakespeare).

The prototype “mobile home” is equipped with three tanks capable of accommodating up to 4.5 kg of hydrogen on board, giving the vehicle a range of up to 300 km. The designers of this electric VR have also considered integrating an additional tank at the rear, unlike the first three are housed under the chassis. The addition of the latter increases the range to 500 km, a distance more than appreciable for travelers.

The engine delivers 197 horsepower and 258 lb-ft of torque, which should satisfy RV users who do not necessarily want to break speed records on the road to adventure. Even better, the Sprinter F-CELL is equipped with a charging cable, the latter giving a fully electric autonomy of 30 km, in case the hydrogen charging station is out of reach.

Obviously, the prototype is interesting in that hydrogen becomes an inexpensive source of energy to produce, which is absolutely not the case at present.

Recall that the manufacturer to the Silver Star wants to market a fleet of fully electric vans by next year. The fuel cell variant has no future in the short term, but we never know, if the technology evolves rapidly, hydrogen could become a possible solution. 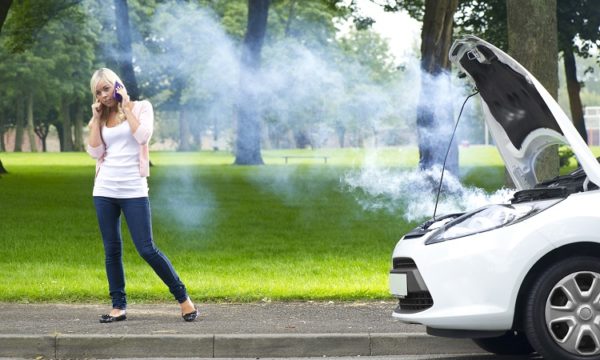